devcom is the official gamescom game developer conference, which paves the way for the gamescom itself. It is a two-day event for a series of talks focused around game development, game publishing, networking and community building.

During devcom I was expecting to get some insights from other companies, like latest numbers for mobile games market in general, learnings from live operations, tips and tricks on publisher-developer relations, etc.

Overall devcom met my expectations. I learned something new and met some cool people.

Below of the list of the talks I’ve attended and my notes for each of them:

The Next Wave in Mobile Gaming Monetisation

This was a great overview of the overall mobile games busines as of Q2 2019.

Tomek started with fun quiz about about mobile games:

And continued with more in-depth review. 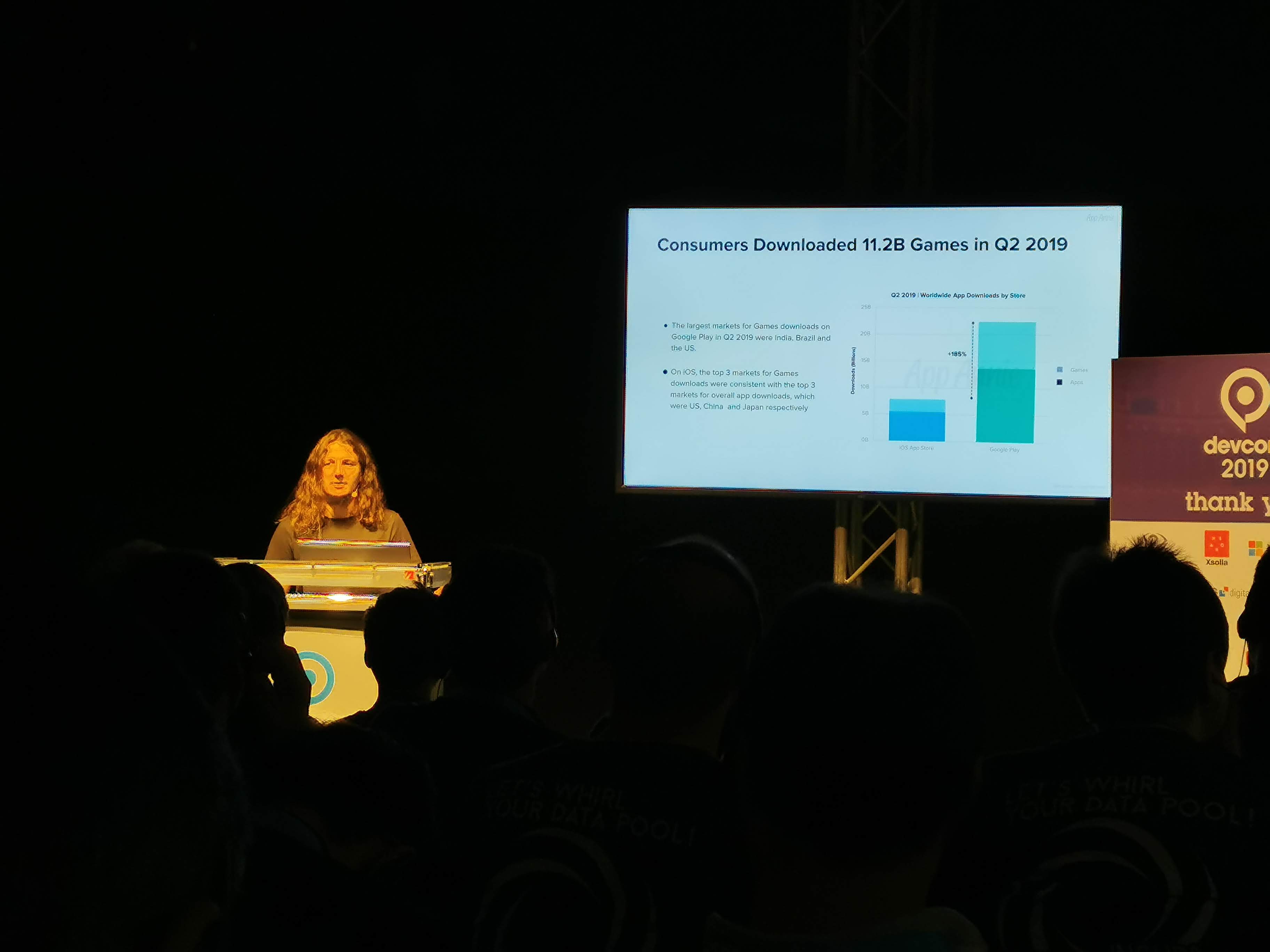 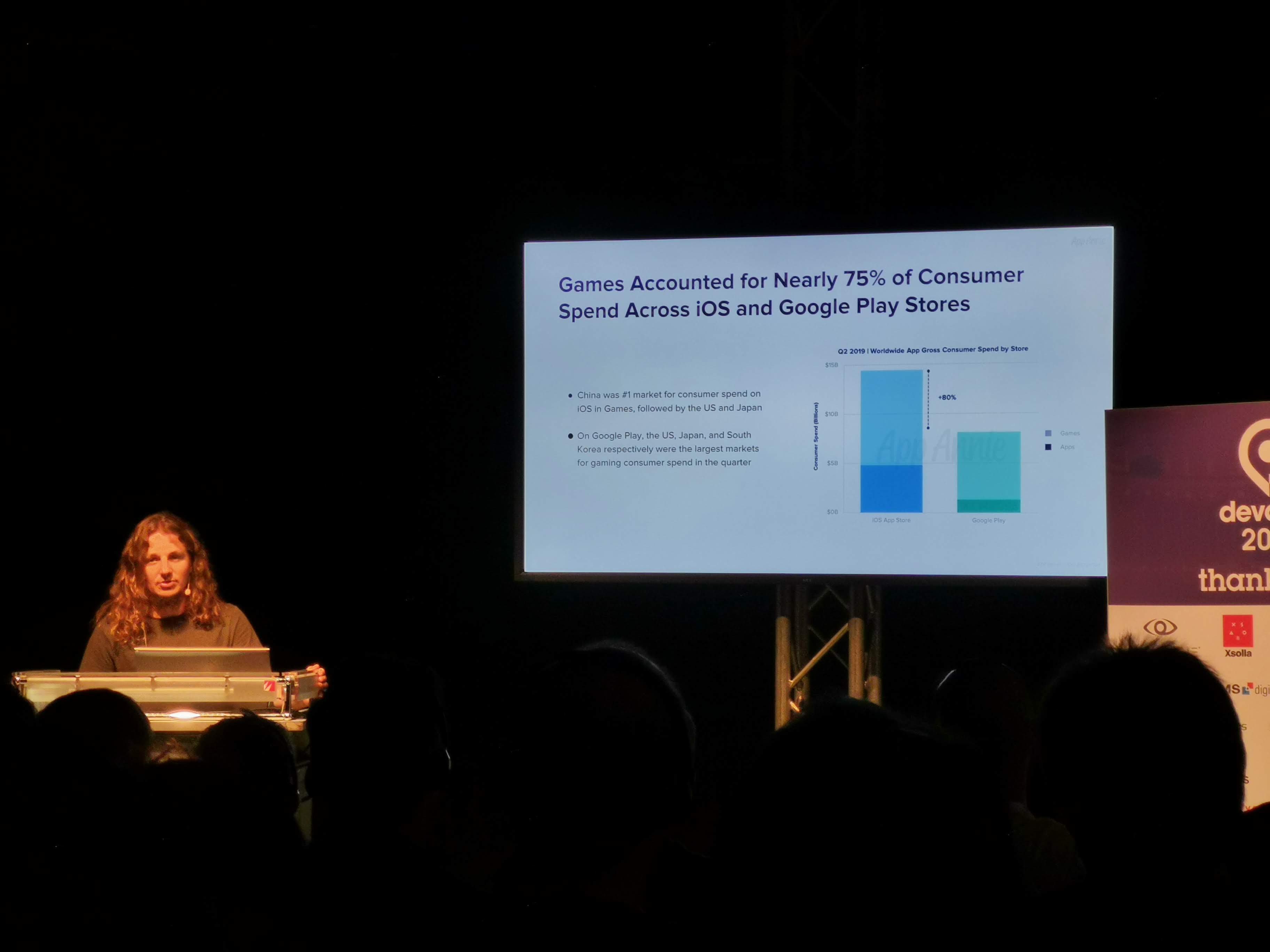 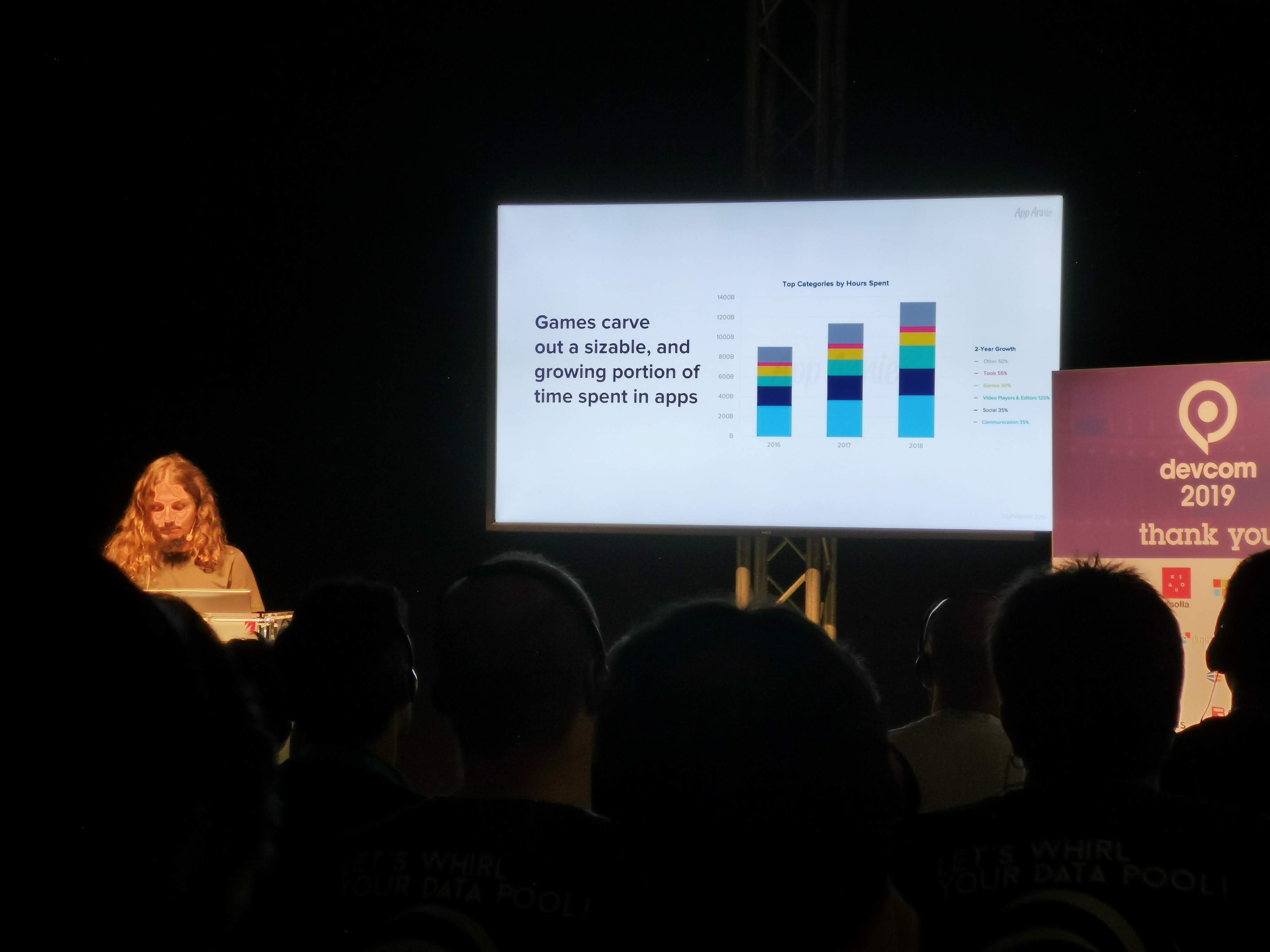 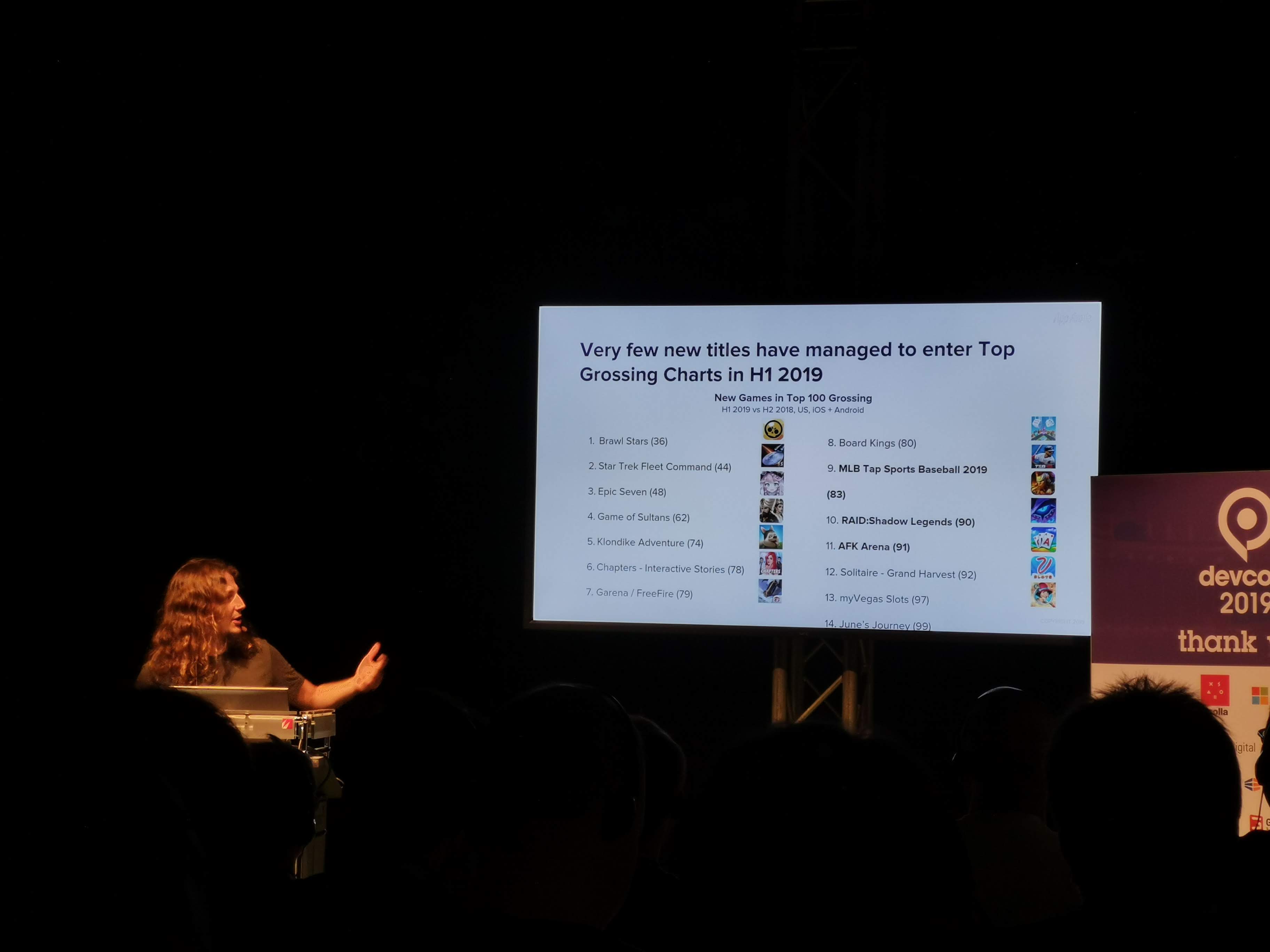 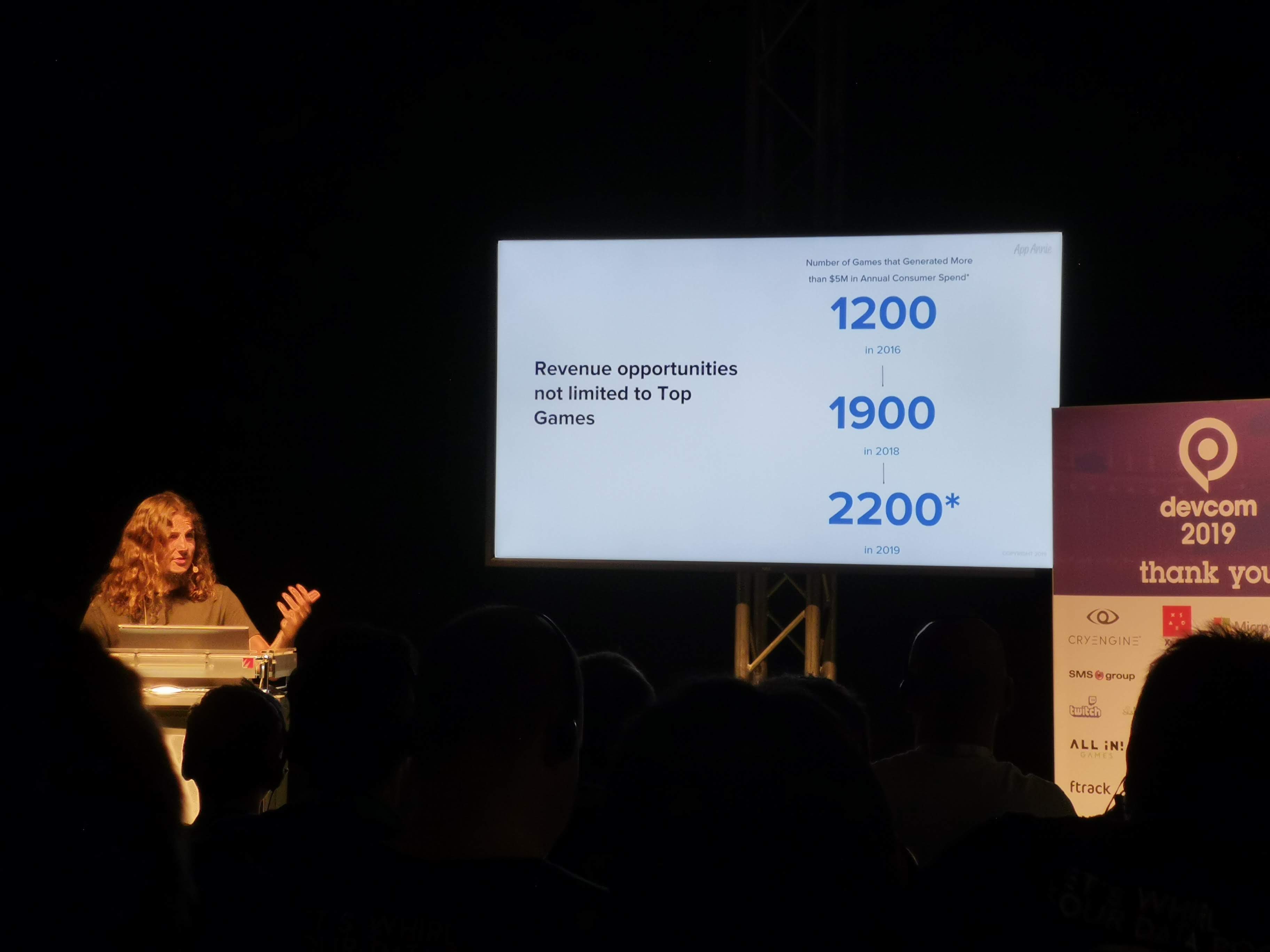 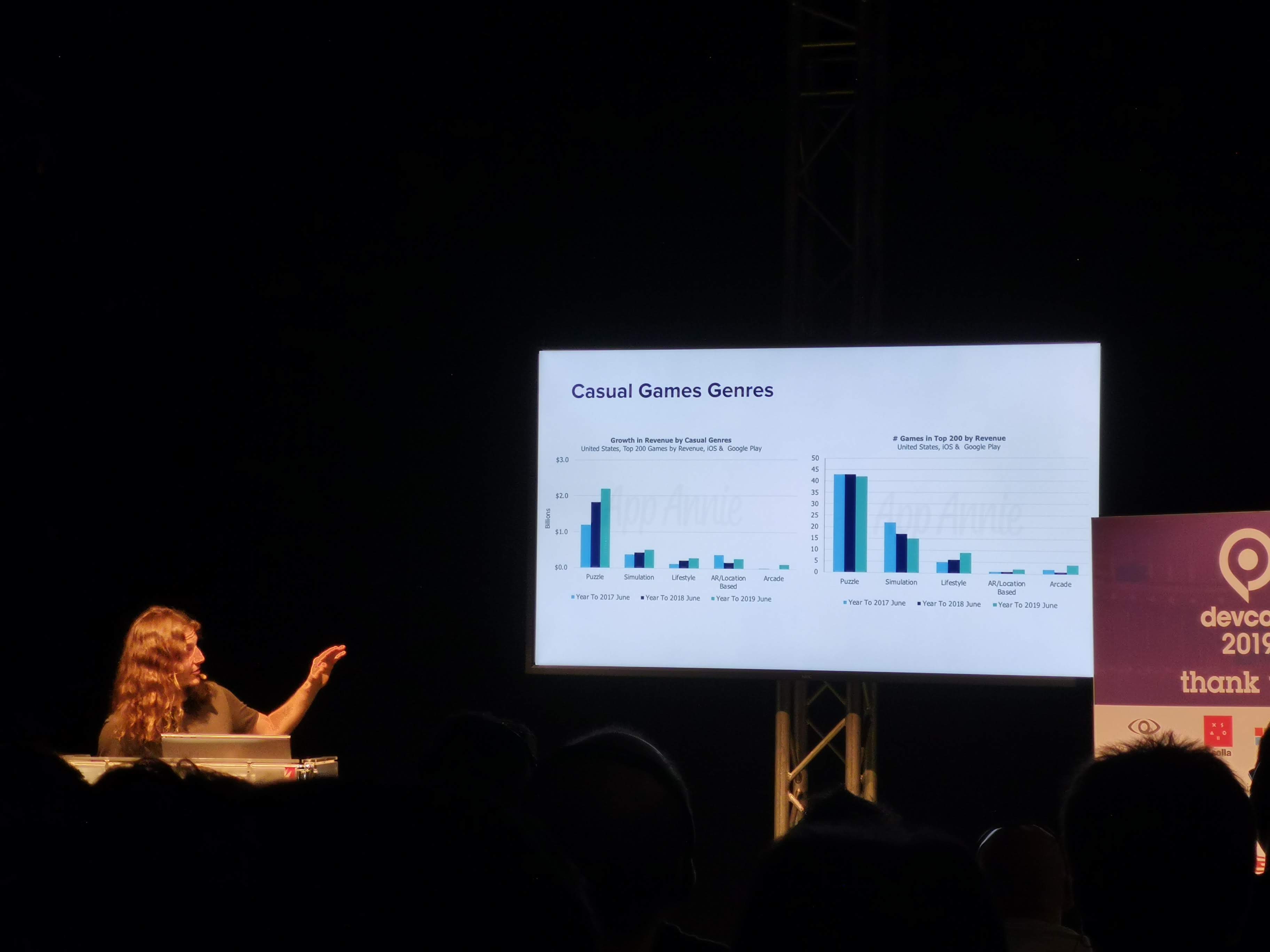 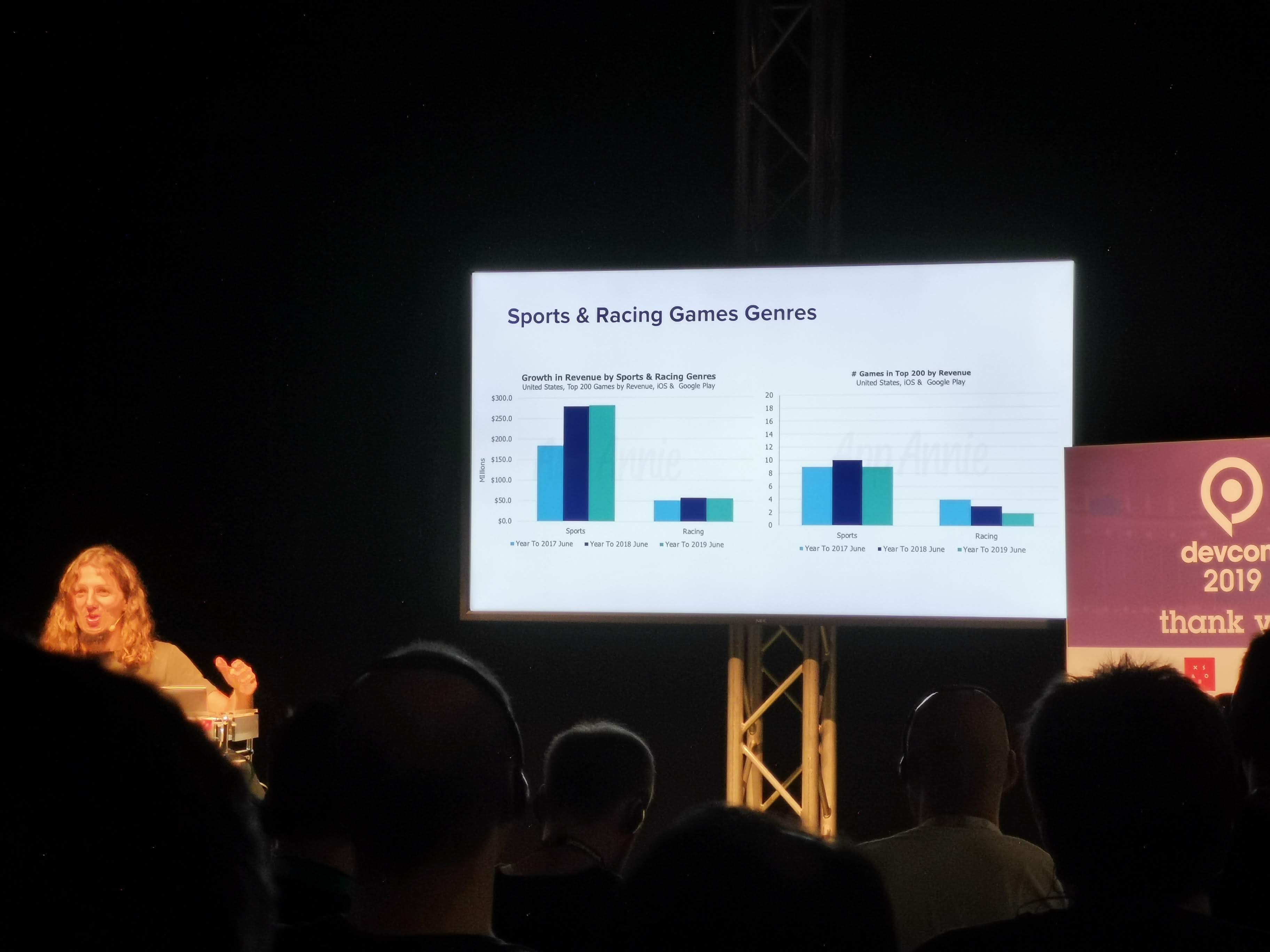 This session was focused on Mental Accounting and how it contributed to the game decline in bookings, how Space Apes Games discovered it, and what they did to address it. 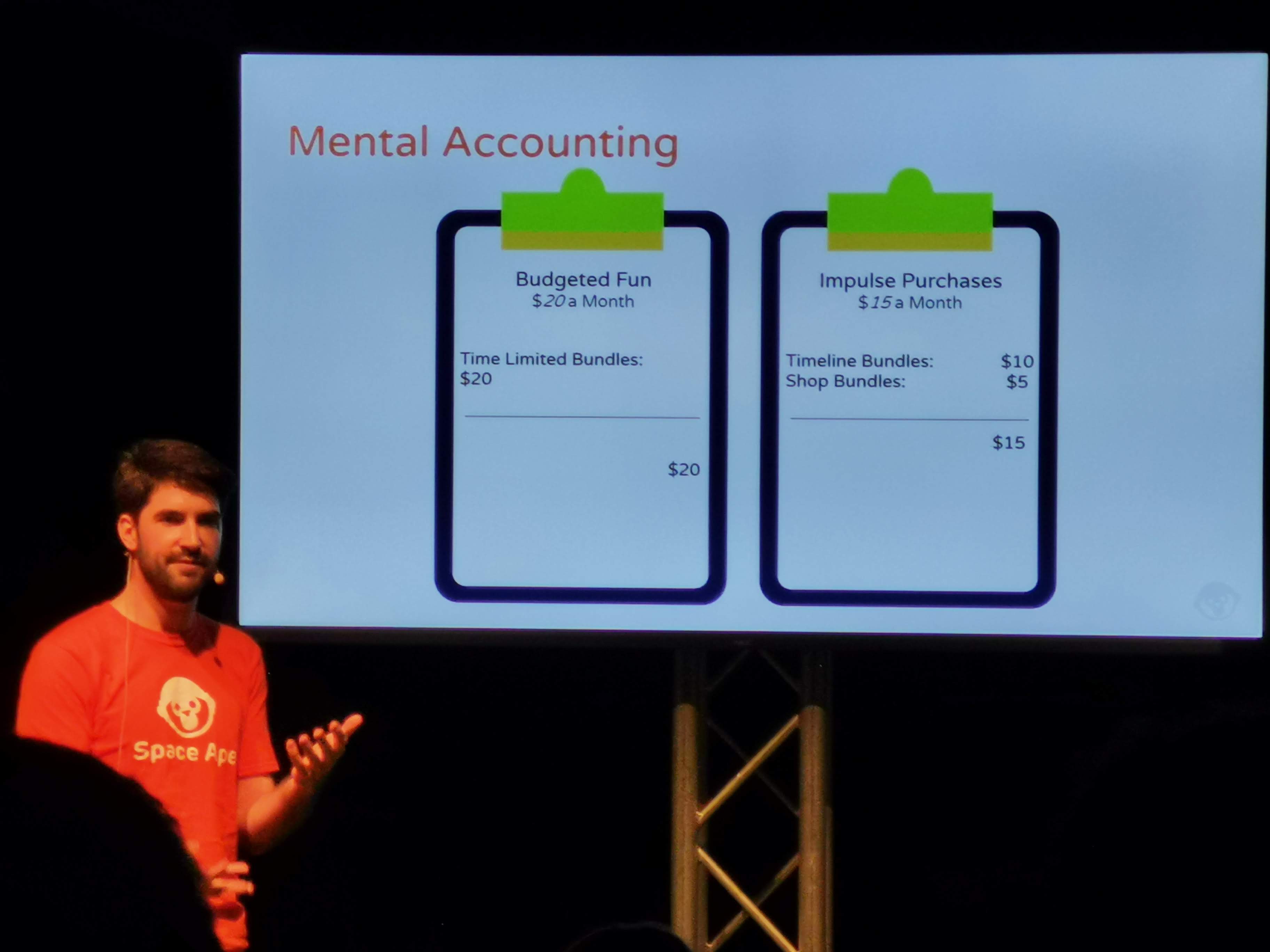 For example, cadet_93 feels comfortable spending $10/month on hard currency in the game and usually willing to spend another $5 in the same month if s/he sees some valuable special offer.

But, if cadet_93 has already purchased a special offer for $5 with enough hard currency included, s/he is not going to spend that ‘standard’ $10 this month. That means that this player is going to spend only $5 instead of $15. 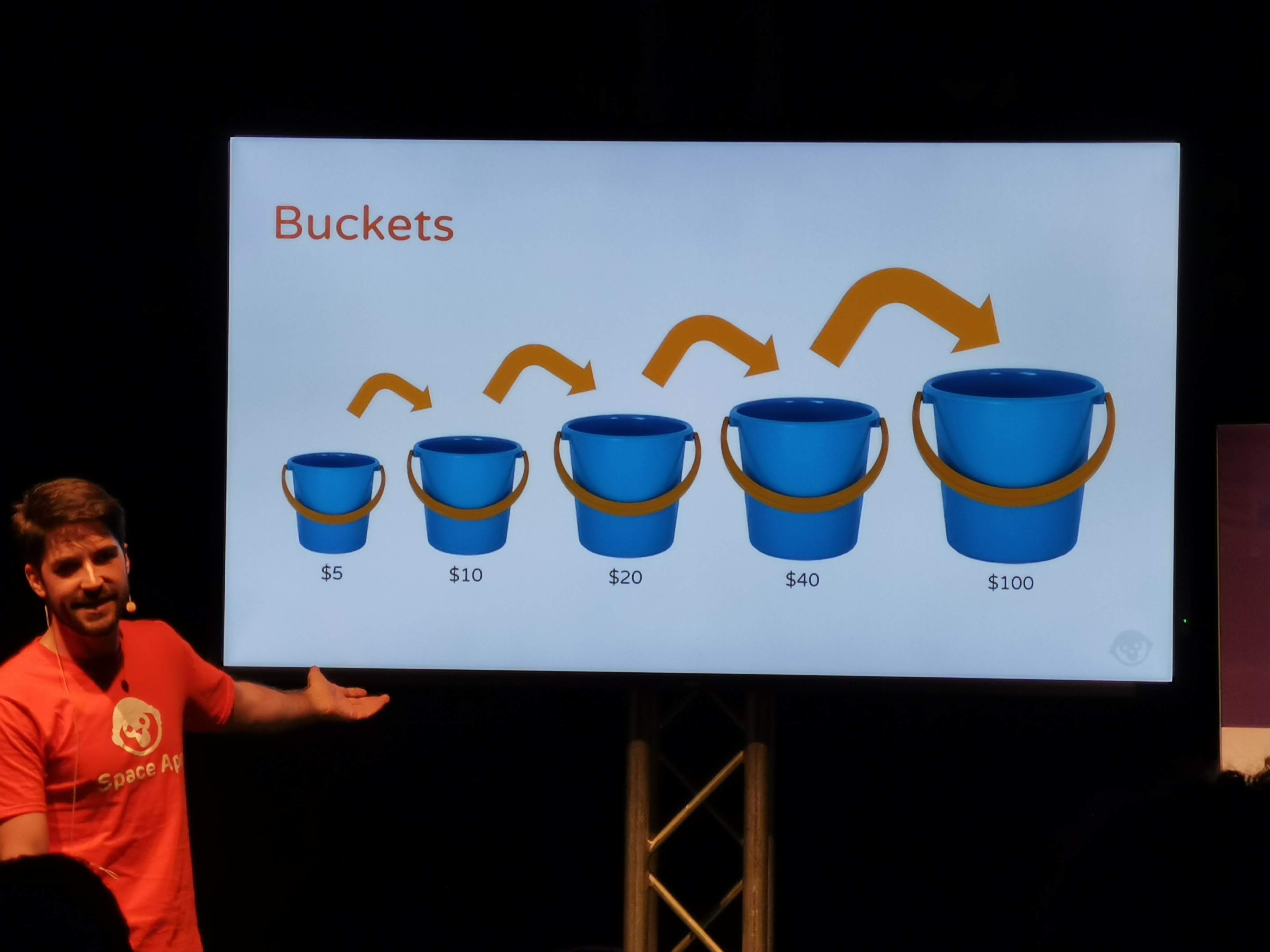 Some of the interesting books that might give a better perspective on Behavioural Economics: 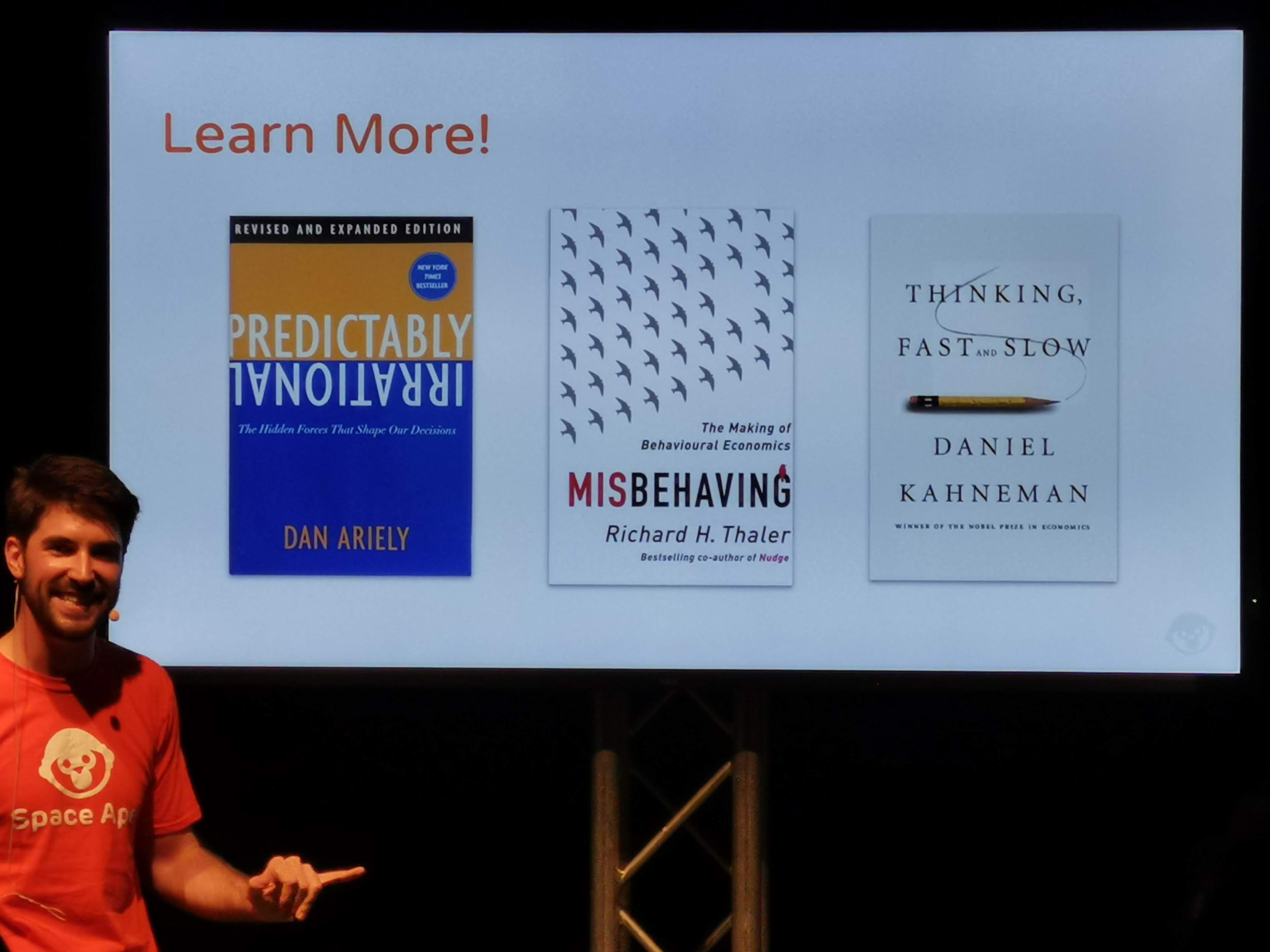 Debunking the Myths & telling the Truth about Player Retention

Oliver also shared a way to calculate the approximate daily revenue for a game.

Forge of Empires Game LiveOps for a 500+ Million LTR Game 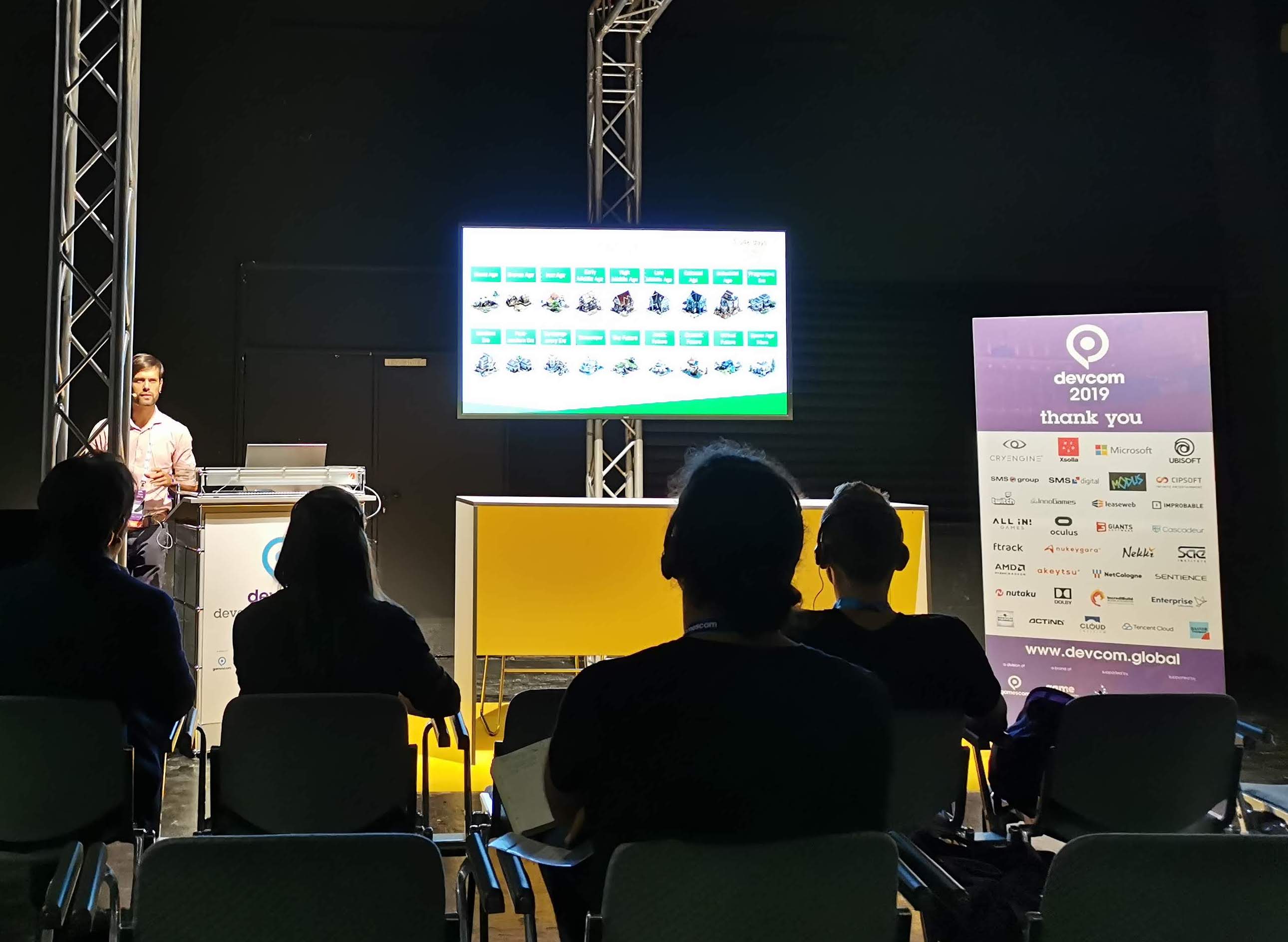 Forge of Empires is a popular online strategy game that has been growing its player base for over 7 years. This means 7 years of live ops and extensive content updates for millions of players to enable constant growth. Stefan provided insights into key learnings from his role as Product Head, leading a team of more than 35 colleagues.